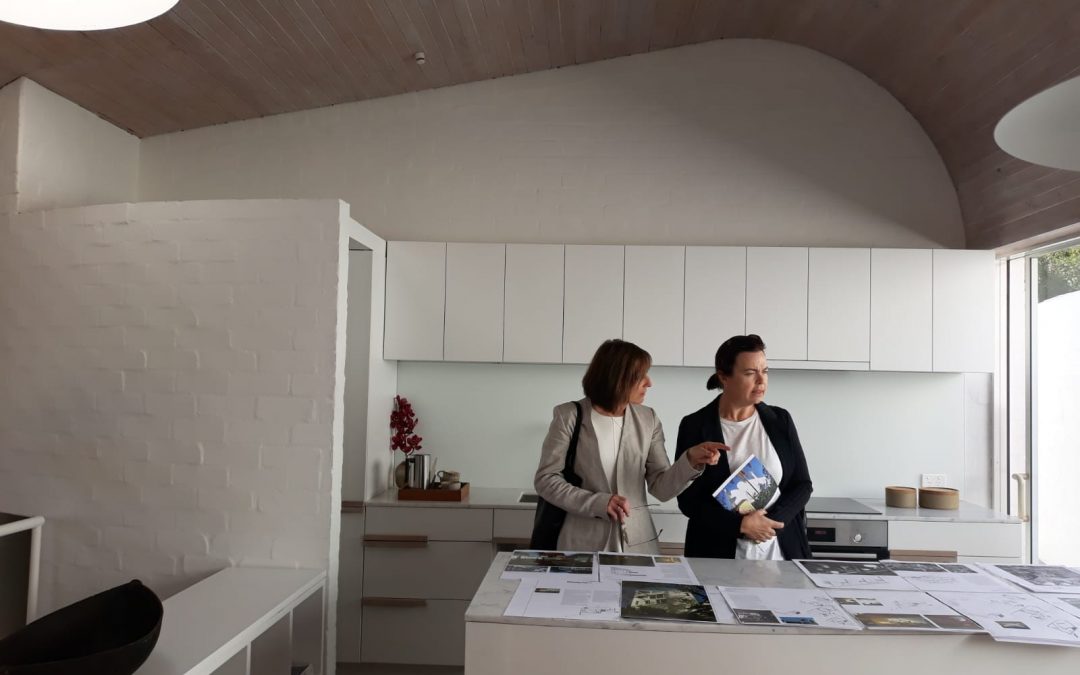 The iconic award-winning home build in 1980 demonstrated Australian architect Ken Woolley’s re-imagination of Sydney’s traditional terrace house, shifting from the common cubic structure to a curvilinear form hiding behind a flat plane with a circular opening providing the only glimpse of the laneway frontage.

Last week, Archi-QS had the rare opportunity to visit the Woolley House, tucked away in a quintessential cul-de-sac which could be easily missed amongst the Edwardian environment it was designed to stand out from.

Built as Woolley’s ‘bachelor pad,’ it speaks to the common problem that has divided architects throughout the ages and that is of form presiding over functionality.

As you travel through the multi-story home, it is clear that some essentials of liveability have been missed and replaced with rather an appreciation of texture, lines, views and solar accents.